Nuffield Trust finds prisoners face severe difficulties accessing hospital services, with early data from the pandemic indicating that the problem is getting worse.

New research published this week (20 October 2021) by the Nuffield Trust finds that prisoners in England continue to face severe difficulties accessing hospital services, with early data from the pandemic indicating that these barriers to access are becoming further entrenched. Despite prisoners generally being in poorer health than those not in prison, prisoners are missing 42% of outpatient hospital appointments compared with those of the same age and profile in the general population.
On top of longstanding prison staff shortages, the ongoing issue of missed appointments and the introduction of measures to tackle the pandemic has made it even more challenging to manage ongoing health conditions in prisons.

The report Injustice? Towards a better understanding of health care access challenges for prisoners highlights new evidence relating to pre-existing health conditions before prison, the use of remote consultation, different ethnic groups’ use of health services and the early impact of the Covid-19 pandemic. The report also reviews progress made on the recommendations made in the Trust’s previous research.

The Trust has also published a very helpful explainer that provides an overview of what health care should be provided to people in prison and how it is commissioned in England.

In 2019/20, prisoners missed 42% of outpatient appointments, and the percentage of missed appointments where no advanced warning was given (18%) was three times higher than in the general population (6%). This remains a longstanding issue, with no sign of improvement.

Early data suggests that Covid-19 has worsened prisoners’ ability to access hospital services. Given that their access to services was already poor, this raises concern about unmet health care needs even further.

At the start of the pandemic in March 2020, there were 1,019 admissions to hospital by prisoners in England, which was the lowest number of admissions among prisoners seen in any month in 2019/20. Even accounting for the fact that people in the general population used hospital services less during the pandemic, this finding remains stark.

The proportion of hospital admissions related to cancer and genitourinary health care needs such as dialysis increased, suggesting that from the earliest stage of the pandemic, only the most urgent cases were seen.

The authors, Miranda Davies, Eilís Keeble and Rachel Hutchings, argue that hospital data needs to be used more effectively to plan services to meet the high level of health care need upon entry to prison. This information can inform our understanding of the level of health care needs relating to drug use, mental health and alcohol-related disorders.

They also say that the data for understanding how a prisoner’s ethnicity might affect their access to health services is poor and needs to be improved. One-third of admitted patient care activity by prisoners has missing ethnicity data – compared with only 13% in the general population. Improving the quality of ethnicity recording is important as a means to establish whether access to hospital services for prisoners, regardless of their ethnicity, is equitable.

This report only covers the first months of the pandemic and the current situation might be even worse with people in prison’s health and even life expectancy badly affected by lack of hospital access.

These disappointing findings are set alongside the knowledge that many prisoners have been locked in their cells for at least 23 hours a day for long periods of the pandemic, and access to prison health care has been restricted. 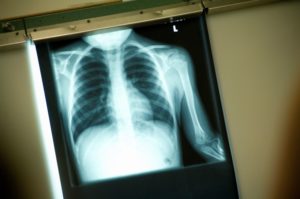 The government is failing in its duty of healthcare to prisoners

The challenge of delivering healthcare in prison