PbR: Teamwork in an era of collaboretition

Since this post was written, Cavendish has added a further 3 stage wins in the 2012  Tour De France. On 28 July, he races in the Olympics Time Trial with 4 other Brits, including Bradley Wiggins, all trying to get him across the line first.

Mark Cavendish is the fastest road cyclist in the world and to see the “Manx Missile” emerge from a pack of 180 riders at speeds of up to 50 mph to win a stage in the Tour de France is a thing of awe and beauty.

Mark is a fantastic athlete with an incredible work ethic, but where he differs from someone like Usain Bolt is that his success is entirely dependent on a selfless team of eight other riders who ride to their limits to give Cavendish the chance to grab all the glory.

On a typical six-hour Tour de France stage, his team members will go to the front of the pack about an hour before the finish and start cycling at a punishing tempo which prevents other teams from coming by. Riding at the front is exhausting and one by one the team peel off, legs, hearts and lungs screaming with pain. Each of the team members has specific skills and abilities – stamina, speed, technical riding skills, tactical nous etc. With about 500m to go, Mark Renshaw, ‘the pilot fish’ will go to the front. A top class sprinter himself, the Australian is as tough as they come and will fight to preserve his place in the pack (last year he was disqualified for headubtting an opponent out of the way). 200m from home, Cavendish will come out of Renshaw’s slipstream and head for the finishing line.

Using this highly skilled and practised strategy, Mark and his HTC-HighRoad  team won five stages in this year’s Tour De France, including the grand finish on the Champs Elysées for the 3rd time in a row.

To be effective, the new public-private-voluntary sector partnerships which are now bidding for and delivering payment by results contracts in the UK need to develop a similar teamwork approach. So far, the signs are far from promising. In addition to the countless tales of voluntary sector providers being used as bid candy, other disheartenting rumours are emerging – of private sector companies re-negotiating deals after contracts have been won, of government departments signalling that they do not want public-sector led consortia. Many in the voluntary sector are broadcasting public health warnings such as this one from the Director of the Howard League who talked of the danger of the:

“voluntary sector being sucked into a relationship of dependence with private sector, and it will be spat out when no longer needed” @francescrook

It is not surprise that developing healthy partnerships is challenging; public sector agencies are not used to working in a competitive environment and do not have a sense of the ‘marketplace’. Management teams have been mugging up on the multi-nationals, “You take A4e, I’ll take Working Links. You do Sodexo, I’ll find out what Mitie do”.

How possible is it for organisations of such different size to construct effective syndicates? A number of unpaid work contracts are currently out for tender; the members of bidding consortia include: Sodexo (£13bn+ turnover in 2009/10), Probation Trusts (annual turnover from £10-£150m) and local voluntary organisations whose annual budget is typically about a quarter of the salary of the CEO of Serco (£3.15m).

Ministers envisage a world where the financial acumen and cost sensitivity of the private sector meets the innovation and creativity of the voluntary sector within the rigorous governance framework of the public sector. But is this really possible in the new era of Collaboretition? (A phrase coined by Benita Matofska of @peoplewhoshare.)

What can these consortia learn from the approach of Mark Cavendish and his team?

In some ways, there is a clear parallel. HTC-Highroad needs Cav; without him their hard work would come to nothing. In the same way, the new consortia are dependent on the financial might of the large private contractors to provide economies of scale and the depth of resources to fund a PbR approach, with payments delayed by up to 2 ½ years.

But Cavendish is totally dependent on his team working in such perfect harmony, otherwise he would never be get the opportunity to be first over the line. Again, without the ability to deliver services that are effective in rehabilitating offenders, Serco, G4S and the others cannot deliver the outcomes they need.

Mark Cavendish has welded such a successful partnership because his team admire and respect him. They respect him because he never fails to acknowledge their efforts after every stage win, because he shares his win bonuses with the team and because he honours and respects their work and ability. Cavendish is not infallible and sometimes he does not win; on these occasions he is distraught, in emotional turmoil because he has ‘wasted’ his team’s exertions. When this happens, he re-doubles his efforts on the next stage and I have seen him sobbing on the podium, crying tears of relief at a win which has redeemed himself with the team. In what is a solo sport, with fiercely competitive egos, these nine men have succeeded in forging a bond as deep as the Three Musketeers and Dartagnan. Cavendish had the same relationship with his British team mates who helped him win this year’s World Championship.

So successful was Cavendish in 2011 that he won BBC Sports Personality of the Year. What was the very first thing he said in his acceptance speech:

“My team mates – without those guys, this wouldn’t even be close to possible”

While we can hardly expect probation trusts, voluntary sector organisations and multi-nationals to develop such intense feelings of mutual respect; there is a clear way for them to develop a shared passion and focus.

For the HTC-Highroad Team, the focus of their efforts was getting Mark Cavendish over the line first. For public-private-voluntary sector partnerships, the focus should be on getting the best results for their clients, the recidivist offenders. If they can develop a trusting working relationship which respects the different abilities of all partners, they can focus on meeting offenders’ needs as fully as possible. The resulting reductions in re-offending rates will bring job satisfaction and premium PbR payments.

The clip below shows you the team in action at the climax of this year’s Tour de France. Fittingly it ends with a freeze frame of Cavendish embracing Renshaw; three weeks and 2,130 miles of unrelenting effort ending in unfettered joy. 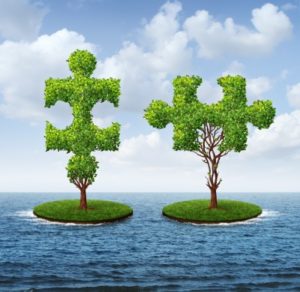 Is the MoJ getting serious about a diverse supply chain? Conscious of the criticism of 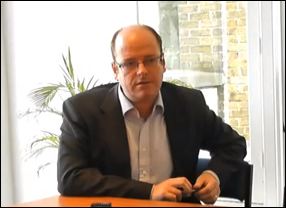 In this latest in a series of short video interviews on payment by results, Andrew Neilson, 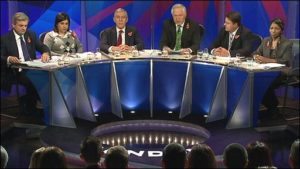 Opening up the debate on payment by results 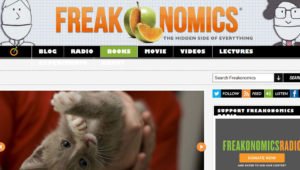 What’s the future for PbR?

What does the future hold for payment by results initiatives in 2012? PbR is fast