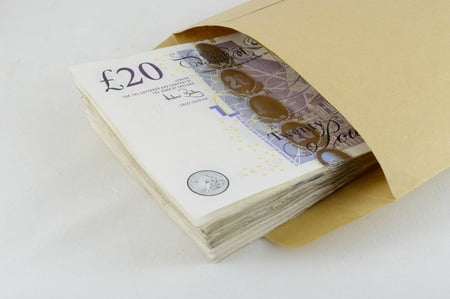 Outcome-based payment schemes: government’s use of payment by results

More than five years after the last Labour government started piloting payment by results schemes, we are no closer to knowing whether they work.

That is the conclusion of the latest (19 June 2015), invaluable report from the National Audit Office formally titled:

PbR schemes now account for at least £15 billion of public spending in the UK including the Work Programme, the new private probation contracts and numerous homelessness and substance misuse schemes.

Despite extensive negative media coverage, neither the Cabinet Office nor the Treasury currently monitors how PbR is operating across government.

The NAO report examines a number of areas where PbR is being used including welfare to work, family support, offender rehabilitation and international aid. The great thing about NAO reports is that they have no political axe to grind and merely present a hard-nosed financial analysis.

The NAO – or “spending watchdog” as it is inevitably described in the media, to the extent that even its own press releases embrace the term – concludes that, since there is no common source of shared expertise or strong evidence base:

[alert-warning]”PbR schemes may be poorly designed and implemented, and commissioners are in danger of ‘reinventing the wheel’ for each new scheme.”[/alert-warning]

The “spending watchdog” says that the government’s experience has show that PbR is a technically challenging form of contracting, not suited to all public services. This is an opinion I share, for example, I think it’s very hard to apply PbR successfully to drug recovery services.

The NAO also notes that commissioners have often failed to explain why they have chosen to use PbR rather than alternative delivery mechanisms. My opinion is that commissioners are often pressurised to adopt a PbR approach from local politicians who have heard of the Treasury’s enthusiasm for the approach.

The NAO has also published an analytical framework for decision makers considering whether to adopt a PbR commissioning approach.

The debate about PbR has mainly been a political one; the lack of a robust evidence base has often meant that analysis has been weak. It is for this reason that the NAO report is particularly valuable, since it is rooted in the best possible evidence.

Regular readers will, therefore, be totally unsurprised to hear that I will be writing a mini series of blog posts on the report over the next five Mondays, covering each chapter and the analytical framework in turn.

I hope you find the posts as valuable as I have found the report itself.

An analytical framework for payment by results (NAO 6)

Like many of us, the NAO is in a slightly awkward position in regards to payment by results. On the one hand, it is reluctant to recommend that any public programme adopts a PbR approach because there does not, as yet, exist an evidence base that suggests it is an effective commissioning approach.

The NAO cautions that in designing PbR schemes, commissioners need to get the balance between pure PbR and non PbR payments right. Where a scheme is financed by a Social Impact Bond, it may be possible – and indeed appropriate – to stipulate that 100% income is dependent on achieving the specified outcomes.