The Psychoactive Substances Act 20161 (PSA) came into force on 26 May 2016 and created a blanket ban on the production, distribution, sale and supply of psychoactive substances in the United Kingdom for human consumption.

It gave police and other enforcement agencies a range of powers, including powers to:

Section 58 of the PSA required the Secretary of State to review the operation of the Act after 30 months; on Monday (19 November 2018), the Home Office published this review.

The review summarises its findings under four main headings:

This has been achieved through comparatively little use of civil sanctions and stop and search powers, and more extensive use of the powers to arrest individuals and seize substances within scope of the PSA, with 492 arrests to December 2016 and 989 seizures to March 2017 recorded by police forces.

This suggests that the Act has not completely eliminated the supply of NPS, given the large numbers of offences and seizures of suspected NPS recorded. While the open retailing of NPS has ceased, it appears that NPS continue to be sold, albeit less visibly.

The existing evidence on price and availability suggests that the PSA caused the prices of NPS to increase and their availability to fall. This research also indicates a large-scale shift away from retailers as a result of the PSA, with street dealers becoming the main source of NPS, particularly for synthetic cannabinoids. However, Crime Survey for England and Wales (CSEW) data suggests that shops and the internet remain important sources of NPS for recreational users.

The large majority of online NPS vendors in the UK voluntarily removed NPS from their sites or closed down completely before the PSA was introduced, with few of these sellers thought to have moved to the dark web. However, it does not appear that the PSA has significantly disrupted darknet NPS activity, with academic evidence and a study by Europol identifying the UK as one of the leading dark web sellers of NPS both before and after the Act.

It appears that the emergence of new NPS in the UK has not ceased following the introduction of the PSA based on forensic analysis of drug samples, albeit this is based on a small number of observations. This may be because there remains an incentive to develop new substances which evade the Misuse of Drugs Act, as it has
stronger penalties than the PSA. Alternatively, it may be due to the global nature of the NPS market, as there may remain an incentive to develop new substances in order to evade drug legislation in other countries.

The evidence indicates that there has been a considerable reduction in NPS use among the general adult population since the PSA, mainly driven by a reduction in use among those aged 16 to 24.

There has been an increase in Class A drug use among 16 to 59 year olds between 2016/17 and 2017/18, although it is not clear whether it is partly driven by the PSA, given that this increase occurred over a different time period and in different demographics to the fall in NPS use. Overall, there is insufficient evidence to identify
whether there has been any displacement from NPS use to other drugs in the general adult population.

The prevalence of NPS among vulnerable users appears to be more mixed, with qualitative evidence suggesting a significant fall in NPS use in some regions, and other regions remaining unaffected by the Act. There is a range of qualitative evidence suggesting that there has been some displacement from NPS to ‘traditional’ drugs for
vulnerable users, although there is a lack of quantitative data on the magnitude of this displacement.

In prisons, evidence from sources such as HM Chief Inspector of Prisons reports, random mandatory drug testing and the Scottish Prisoner Survey indicates that the use of NPS (particularly synthetic cannabinoids) was widespread before the Act, and this has continued or in some cases increased since the Act was introduced.

Analysis of samples indicates that the potency of NPS, particularly for synthetic cannabinoids, has increased since the PSA was introduced. The role of the PSA in this increase is not clear, given that there has also been a wider global trend of increasing potency over this period.

National data on NPS-related hospital admissions is not available, but evidence from the IONA study suggests that there has been a fall in the proportion of patients with severe toxicity who have analytically confirmed NPS exposure since the PSA was introduced, although local evidence from Edinburgh and London shows a more mixed picture, with no significant falls in NPS-related admissions.

The number of individuals in treatment for NPS has generally fallen since the Act, particularly for NPS with a predominantly stimulant effect. This trend may reflect the overall fall in NPS prevalence, although this is uncertain due to the time lags that can occur between starting drug use and presenting to treatment.

The trend in NPS-related deaths differs considerably by country, with a reduction in deaths in England and Wales contrasted by a significant increase in deaths in Scotland.

The Act has not prevented the continued violence and health harms related to NPS use in prisons, with serious incidents continuing to be reported across most adult male prisons in inspectorate reports.

Most of the main aims of the PSA appear to have been achieved, with the open sale of NPS largely eliminated, a significant fall in NPS use in the general population, and a reduction in health-related harms which is likely to have been achieved through reduced usage.
However, some areas of concern have remained or emerged since the Act, such as the supply of NPS by street dealers, the continued development of new substances, the potential displacement from NPS to other harmful substances, and continued high levels of synthetic cannabinoid use among the homeless and prison populations.

The Office for National Statistics has released the very depressing figure for the number of drug-related deaths registered in 2015 – the highest ever recorded.

Latest HSCIC drug stats report reductions in use of illegal drugs but a worrying rise in drug related deaths. 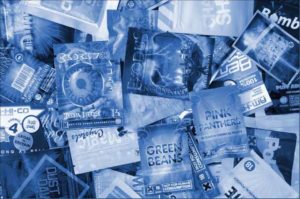 Everything you need to know about legal highs

New DrugWise report vives an overview of legal highs, tracing their evolution & summarising what we currently know about levels of use and treatment responses. 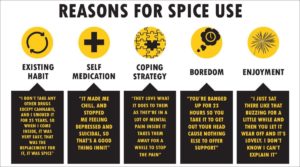 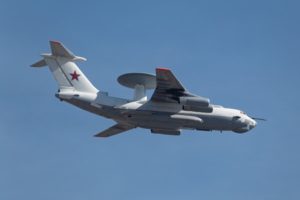 What new drugs has the Forensic Early Warning System found?