One of the most fulfilling side-effects of writing a Blog is that you are more aware of and tend to read more blogs yourself. I recently discovered a new blog which has quickly become one of my favourites. Matthew Taylor, the Chief Executive of the Royal Society of Arts,  somehow finds time to write new posts 3-4 times a week. The reason I value these posts is that they are always thought-provoking and challenge readers to engage with core issues about society, politics or even what it means to be human.

His latest blog encourages the Government and politicians generally to construct a broader, more meaningful future for the country. He calls for a national strategy which would articulate what sort of country we want to be and gives examples of other national identities. For example: Sweden – world class public services and no military aspirations; Ireland – low taxes and targeted welfare; or Brazil – creative, unequal but flexible and prosperous. You get the picture.

Where I think his post gets really interesting is when Matthew advocates a way of measuring whether we have the sort of society we want. The matrix is based on a vision of a country which maximises the opportunities for excellence and success whilst at the same time ensuring a decent minimum standard for all its citizens in an attempt to create a society where most people can and do aspire to have lives that are more personally fulfilling and which contribute, in some way, to the greater good. 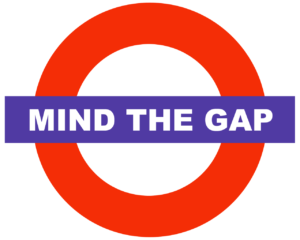 Matthew looks at five key areas of life and throws out ideas for ‘equations’ for measuring this ‘social aspiration gap’. For instance:

I was so taken by this idea that I wanted to apply it to a much smaller arena that I have a particular interest in: drug treatment. In the 25 years that I’ve been actively involved in the drug treatment sphere, there has always been a degree of antipathy between those who advocate abstinence (or recovery as we now tend to call it) and those who argue for a harm reduction approach. In theory, both these orientations should happily co-exist and most people in the field are equally happy with both objectives.

However, at different times, one wing or the other has held sway to the detriment of the other. There was a period in the 1980s and 1990s where the primary focus in the UK was on harm reduction and getting heroin users on methadone scripts – to the extent that sometimes we forgot even to ask them if they would like to consider getting drug free. The more recent focus on recovery, confirmed in the current drug strategy, has harm reductionists concerned that success will be solely defined by abstinence. The advent of drug treatment funded under a payment by results approach has heightened this concern with some commentators arguing that the end point of all substance misuse interventions should be abstinence.

I wonder if  it is possible to create a social aspiration gap equation for drug treatment which kept both camps happy. My initial suggestion would be:

“The number of  people sustaining recovery minus the number of people using dirty needles.”

I’m sure this formula can be improved upon.

Please add your suggestions below.

By the way, the RSA is currently running a Recovery Project of its own which you can find more about here. The project is due to start a Blog of its own in the very near future. Follow @RJDaddow on Twitter for more information.

In part 2 of her Review of Drugs, Dame Carol Black argues for a significant increase in funding for drug treatment.

MDMA use is more risky than we thought

The Global state of harm reduction 2018

The number of countries providing harm reduction interventions to prevent
drug-related death, HIV and hepatitis C has stalled since 2016.