The rise and rise of electronic monitoring

Electronic monitoring is an accepted and important component within the criminal justice system but its use is insufficiently regulated allowing it be applied unfairly.

That’s the conclusion of Anthea Hucklesby and Ella Holdsworth, the authors of a new (May 2016) study entitled: Electronic monitoring in England and Wales.

England and Wales was the first European jurisdiction to deploy electronic monitoring (EM) technology in 1989 and its use has since grown both in terms of numbers and modalities. England and Wales remains one of the largest and most enthusiastic users of EM in the world.

Currently, EM is used mostly to enforce curfew requirements and is deployed as a condition of bail, a requirement of community and suspended sentence orders and as a form of early release under the Home Detention Curfew scheme. The use of GPS technologies are limited to a few high-risk cases and voluntary schemes run by the police. There are also current pilots of alcohol monitoring and bi-lateral victims monitoring.

The research formed part of a broader European Commission funded project which was the first empirical comparative study of EM to be conducted. The aim of the project was to compare law, policy and practices in five European jurisdictions focusing particularly on EM’s capacity to act as an alternative to custody and to identify best practices to enhance its effectiveness and ensure that EM is used legally, creatively, ethically and humanely. The research undertaken in England and Wales included an extensive literature review alongside 18 days of observations and 68 interviews with policy-makers, practitioners and managers and operational staff from the EM contractor. [You can see Hannah Graham’s research on Scotland’s very different approach to EM here.]

The report’s main findings were:

These findings are very timely given the recent, persistent interest in expanding EM in England and Wales, primarily as a way of reducing the prison population and, consequently, the costs of the criminal justice system. The researchers also found that police services and Police and Crime Commissioners (PCCs) were enthusiastic about EM and wanted to exploit it further for policing purposes.

There appears to be an urgent need for there to be much more transparency about the way in which EM is used in this country. While prisons and probation services are inspected regularly, very little attention appears to have been paid to EM.

The report’s authors make a series of very prescriptive recommendations which are relatively rare in this sort of research (but to be commended for their directness). 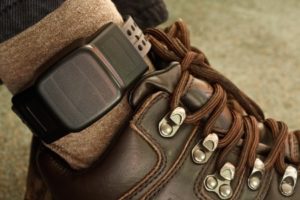 National roll out of new GPS tags which will provide 24/7 location monitoring of offenders.