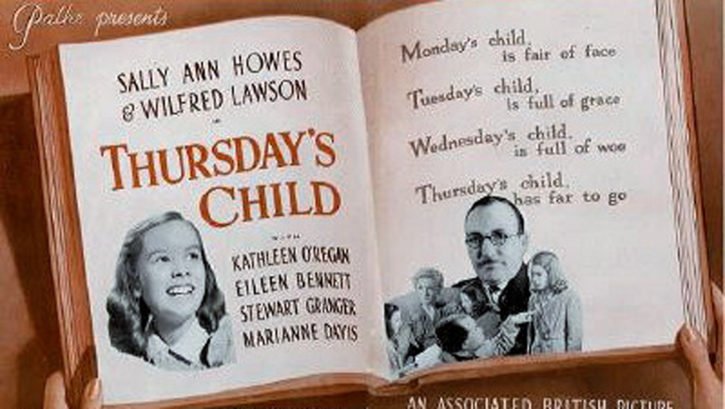 Subscribe
The Transforming Rehabilitation programme has focused minds at the Ministry of Justice and the criminal justice sector generally on the key issue of what sorts of interventions do reduce reoffending. The MoJ has issued a number of new research studies including a Summary of Evidence on Reducing Reoffending and a series of rapid evidence assessments on different categories of intervention.

Thursday’s child has far to go

But the most interesting initiative has been the Justice Data Lab which provides organisations working with offenders the opportunity to evidence how effective their work is at reducing reoffending. To use the service, organisations simply provide details of the offenders who they have worked with and information about the services they have provided. The Lab then supplies aggregate one-year proven re-offending rates for that group, and, most importantly,  that of a matched control group of similar offenders.

The first set of results were published in early October 2013 and were rather disappointing. Disappointing because there were only seven results published from 52 submissions and most of these seven were inconclusive in terms of whether the different initiatives had reduced reoffending.

The good news is that the Justice Data Lab has picked up the pace. The second set of results were published on 15 November and the MoJ has committed to publishing updates on the second Thursday of the month from now on.

So, what do these second set of result tell us? Well, a further 23 reports were published with headline findings in the now-to-be-regular JDL update with individual detailed reports also made available.

Nineteen of the 23 reports related to NOMS CFO 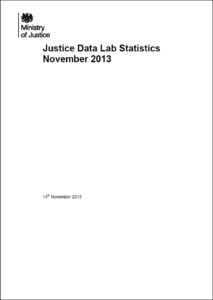 (Co-Financing Organisation – these schemes are co-funded with the European Social Fund) provision. NOMS CFO providers work with offenders in prison and the community to help them gain skills and employment.

The JDL analysis relates to offenders who were involved in Phase 1 of the programme in 2010, starting the intervention either in custody or during a probation sentence. The NOMS CFO programmes are delivered by a wide range of providers including Probation Trusts, private (Serco, A4e, Pertemps), academic (Manchester College) and voluntary (SOVA) sector providers.

Only 5,774 of the 19,799 offenders (29%) in these 19 cohorts could be matched in order for a comparison of reconviction rates to be undertaken. There were a number of reasons for this:

The other eleven programmes whose results were published related to family interventions (2), accommodation resettlement and Integrated Offender Management. However, there was insufficient evidence to draw any conclusions about reoffending in each of these four cases. The report also contains the reports on the seven interventions published in the initial findings in October 2013.

In my opinion, this month’s Justice Data Lab results address one key criticism of the pilot – that insufficient studies are being published. To publish 23 reports in one month shows that there is both real interest from providers and real commitment from the MoJ to try to identify what works in reducing reoffending.

The JDL is also beginning to tackle the other major criticism – that we are not learning much about re-offending. It is true that there was insufficient evidence to draw conclusions in almost two thirds (14 out of 23) studies this month. However, the Lab will soon be able to measure reconvictions for offenders who were either placed on community sentences or released from prison in 2011. This should mean that the proportion of offenders who can be matched grows appreciably with the result that many more studies should provide statistically conclusive results.

Let’s hope that the Justice Data Lab is allowed to continue beyond its one year pilot status which is due to run out in April 2014. If the sector knows that the Lab is there, there will surely be an increased emphasis on ensuring that organisations collect the basic identifying information which underpins all their submissions.

If you’ve applied to the Justice Data Lab, please share your experiences in the comments section below.