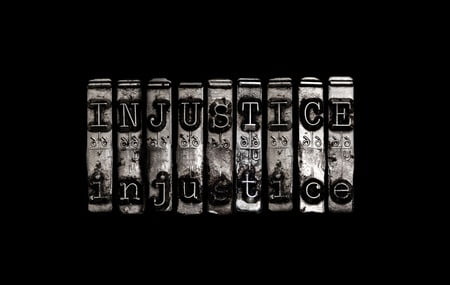 This important study demands an immediate response in the form of a rigorous review of policing and prosecution practices relating to Joint Enterprise - an issue which the House of Commons Justice Committee has already highlighted.

A new (25 January 2016) report from the Centre for Crime and Justice Studies analyses the processes of criminalisation of Black, Asian and minority ethnic individuals

The report’s authors, Patrick Williams and Becky Clarke of Manchester Metropolitan University, track  the ways in which black and minority ethnic people are unfairly identified by the police as members of dangerous gangs.

Drawing on criminal justice data sources in three cities in England (Manchester, London and Nottingham), the authors highlight important differences in the profile of those identified as ‘gang’ involved and those convicted of serious youth violence.

The authors identify three key themes which reflect the dangerous associations that can be formed between the doctrine of Joint Enterprise (JE), the construction and racialisation of the ‘gang’ and the ‘gang’ discourse, and the notion of foresight that is central to JE prosecutions.

The graphic reproduced below reflects the 144 JE cases where surveyed prisoners confirmed that the ‘gang’ was invoked at their trial — even though almost half of these individuals were not present at the scene of the offence. The researchers found that prosecutors regularly rely on racial stereotypes in relation to black defendants, using a range of signifiers to direct juries to increase the likelihood of conviction of alleged gang members or “secondary parties”.

For example, prosecution teams were reported as being more likely to appropriate discourses of ‘gang insignia’ and music videos or lyrics, particularly hip hop and rap genres, as a way of building a JE case against BAME prisoners. Similarly, policing which focuses on phone or text contact was also reported as being used disproportionately with BAME JE prisoners.

The gang as a racialised concept

Researchers found that BAME defendants were much more likely to be alleged to belong to a gang than their white counterparts when prosecuted under joint enterprise arrangements. While some BAME prisoners surveyed recognised connections to their co-defendants (although many said that these were links with family members or friends), the overwhelming majority strongly contested that these connections represented their involvement in any gang.

A disconnect between racialised gangs and serious violence

The researchers’ third key theme is that the gang label is disproportionately applied to young Black and Brown men. In Manchester, 89% of individuals on gang databases were from BAME backgrounds although white offenders were responsible for 77% of serious youth violence. In London, 80% of those on gang databases were individuals from BAME backgrounds despite this group being involved in only half of all serious youth violence.

More than three-quarters of the black and minority ethnic prisoners reported that the prosecution claimed that they were members of a ‘gang’, compared to only 39 percent of white prisoners. This apparent ‘gang’ affiliation’ is used to secure convictions, under joint enterprise provisions, for offences they have not committed.

This study was undertaken in response to emerging evidence of the over-representation of the use of the JE doctrine against young BAME people.

The researchers accept that a serious response to the violence and harm experienced by individuals and communities is important and that Joint Enterprise legislation and practice is not intended to be discriminatory but argue strongly that:

Responding to serious youth violence through the ‘gang’ construct is deeply flawed and likely to be unsuccessful. The perpetration of violence is not aligned to ‘race’ or ethnicity in ways that are imagined by the current strategies deployed to identify, police and prosecute violent individuals.

In my view, this important study demands an immediate response in the form of a rigorous review of policing and prosecution practices relating to Joint Enterprise – an issue which the House of Commons Justice Committee has already highlighted.