Conference audiences in 2013 look very different from those five years ago.

At any given point, it seems as if at least a quarter of delegates are looking at their phones or tablets.

While some may merely be reading emails or checking the cricket scores, it’s a fair bet that most are either posting updates about the conference on Twitter or reading others’ tweets about the event.

Like it or not, social media is integral to most modern day conferences and events.

So how can you use it to your benefit?

This is the first in a series on using social media to enhance your organisation’s event, whether it’s a conference, seminar or fundraiser.

This first post is about the planning or Announce stage. 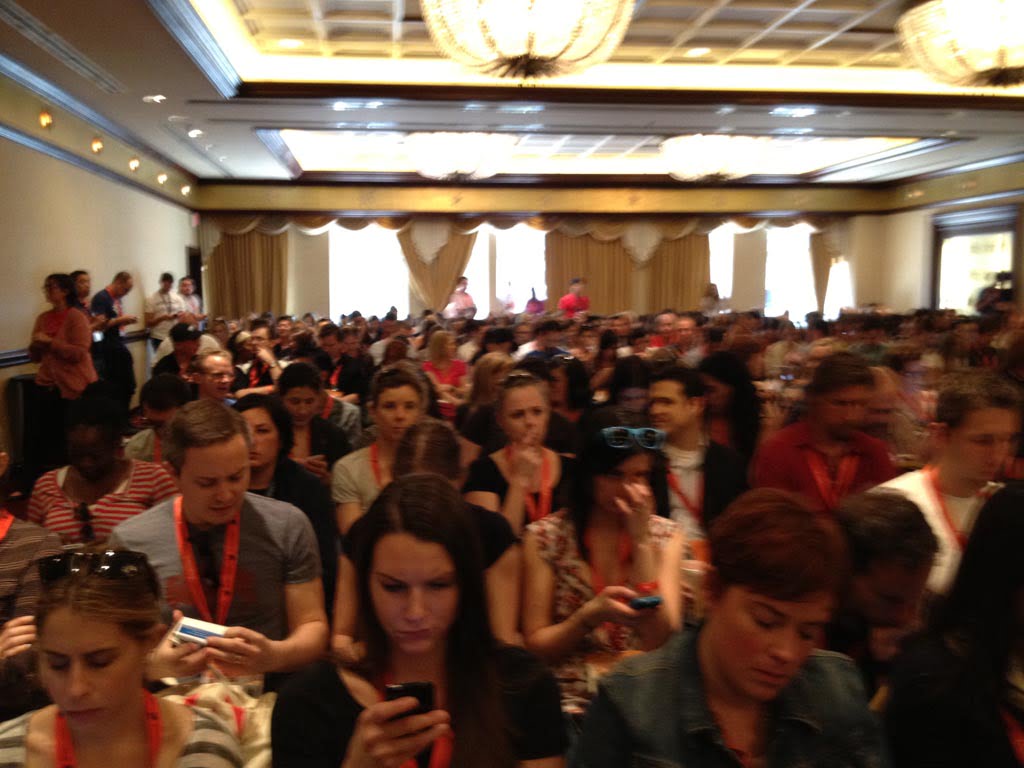 You need to start thinking social media at the earliest stage in planning your event.

One of the first things to do is to create a hashtag for the event.

Ideally, a hashtag should be short, obviously relevant and feature your organisation’s branding.

For instance, if I was organising a conference on payment by results, my hashtag would be something like: #russwebtPbRconf.

Make sure you search for the hashtag before you agree on the final version to make sure that it’s not already in use.

It’s also worth checking with someone else that your hashtag can’t be misread. When Margaret Thatcher died earlier this year, the hashtag #nowthatchersdead causes great consternation among Cher’s American fans.

Now, just make sure that you use the hashtag in every Tweet about the event.

As you know, social media is all about engaging with your audience.

You can actually use social media to plan your event.

You can ask your followers to suggest key topics they would like to see covered or suggest speakers.

Simon Cole, Chief Constable of Leicestershire, is the ACPO lead for mental health and used Twitter to crowdsource opinions for a recent presentation he was giving:

“A few months ago I was due to give a presentation to an audience of medics on policing and mental health issues. I sent out two tweets: one asking iPlods what police issues I should be telling the medics about; and one asking medical tweeters what they wanted to know from the police. I got a terrific response and used several of the tweets in the actual presentation which I think made it much more useful since it directly addressed the concerns of front-line staff.”

Once you have set the date of your event, you can start advertising it online. You can post details on your Facebook page and Tweet links to your online event flyer at regular intervals.

If you decide to organise the bookings for your events online by using a company such as Eventbrite, anyone who signs up for your event will be invited to Tweet or post to Facebook about it, giving you further publicity.

[You can organise free events on Eventbrite at no cost; they charge a fee for paid for events. Other online event organisers are available.]

You can also ask all your speakers to use social media to advertise their involvement in the event of their followers and create a sense of anticipation before the day itself.

When you book your venue, make sure that it has sufficient Wi-Fi bandwidth and that this is included within the cost of the day.

I’ve been to a couple of events recently were either Wi-Fi was not available or participants were expected to buy their own access for £9.95 per day – this doesn’t go down very well.

You also need to make sure that your agendas and other event materials include the event hashtag prominently and that your speakers have their Twitter name attached to their biography.

This saves participants having to look up speakers’ Twitter details and means that there are more likely to Tweet from the event.

You can also use Twitter to promote your event by tying it in to relevant news events.

“#Grayling pushes on with #probation reforms but how will PbR work? Find out at our conference [link to online flyer] #russwebtPbRConf”

Don’t be shy about asking your partners and supporters to re-tweet your messages to promote the event.

There is a growing body of evidence that advertising your event using social media is a cheap and effective way of  publicising it and maximising attendance.

Next week: Step 2: Broadcast – how to use social media on the day of the event.