How to be a good probation officer

This is @ZoeStaffsGMPT sixth post in an ongoing series about her life and learning as a probation officer.

What is a good probation officer?

When I was training, my knowledge of criminology theories was constantly tested. Did I know my desistance from my cognitive distortion? Could I spot a pre-contemplative person from one hundred paces? Had I shaken my head with disgust ENOUGH when criticising Lombroso’s theory of criminality (FYI he said you can tell who’s a criminal purely by the shape of their head  – yes…really…it’s ridiculous).

Then, when I started working in the job, there were all these targets to hit to show my awesomeness, like how quickly I could home visit a new address, and whether I could count the amount of supervision sessions I’d had with someone on all my fingers and toes. There were also quality assurance audits to pass (I wonder what delightful creatures do that auditing now…oh, it’s me…)

But I guess I’m not really talking about that type of ‘good’ . When I started really thinking about this, and started imagining those colleagues of mine of whom I really admire – it was their way of ‘being and doing’, and the relationships they forged with the people they supervised, that I was so utterly in awe of. How to be good is more than stats and theories. It’s….

I remember a time, when I was still a receptionist, and a lad marched out from an interview room with fury in his eyes. He was arguing with his officer, about how he could be in breach for not turning up the week before. But this guy swore he’d been in. The officer was absolutely adamant he hadn’t. I had a cheeky look at my register and saw he HAD been in. I don’t think this is what the officer wanted to hear, and they backed down, but they didn’t apologise. I was shocked! This guy had got so worked up; he’d been really scared of going to prison and I didn’t see why an apology couldn’t be given.

I still don’t. If I make a mistake, I’ll apologise. And not one of those sneaky ones – you know – the “I apologise if I did the wrong thing-but-if-you-hadn’t-done-that-first-maybe-i-wouldn’t-have-had-to-do-it-and-it-doesn’t-change-the-fact-you’re-still-in-the-wrong” ones.

The last time I apologised, I’d breached a lad, but tried to explain in my report to Court why I thought he may have breached, to try and placate the judge. When I saw him after breach, it wasn’t the breach he was angry about, it was the fact this report had been read in open court, and some of the things in it the lad had viewed as personal. He told me he would have rather been dealt with severely by the judge, than have the public gallery knowing his business. I hadn’t appreciated this. I’d forgotten that breach reports get read out – whilst all my other reports don’t.  I apologised unreservedly and told him I’d learn from it. And I blimmin’ well did.

The thing is, admitting you’re wrong is a brave thing to do, it’s a non-reactive, non-defensive thing to do. It’s the adult thing to do. It is, therefore, positively the height of pro-social modelling in action. So we must do it.

My sister has lived in the same house for nearly 10 years but I still can’t locate her address. My friends have a growing plethora of children all with charming or slightly bohemian names which constantly elude me. But ask me about the extended family tree of one of my offenders and I can recite it like passages from the Koran (or perhaps more likely; a Monty Python sketch). That’s obviously where I’ve channelled all my grey matter – and for good reason. When I first get a case, I get the names of that person’s girlfriend, kids, and maybe mum or next of kin, and put them in a safe place. Before each session I’d re-familiarise myself with them until it became clockwork.

Because this matters; for two reasons.

First, and most important, it shows you are interested in them as a person, a package, and that they inhabit another world outside that stuffy little probation interview room.

Secondly, if they mention people in session you can join the dots, or notice the changes. For example, if you can’t remember their partner’s name, then how will you twig they’ve swapped partners if one week they mention “Julie” and the next day they’re effusing about “Jackie”. I used to wonder, in social services meetings when they referred to the mother of a child as “mum” , whether it was to make the minutes clearer, or if it was because they had actually forgotten her name? And I’m sure if you keep just saying “so, how’s your girlfriend” your lads are going to end up think the same thing.

Not of your blouse – which should ideally be made of equal parts wool and hessian sack (see my earlier post about probation dress code) – but transparency in your work. There are always going to be bits you can’t share, but the majority of things you do (breach reports, risk assessments) should be shared with the person you’re doing them on. It’s so much better to be open about the fact we speak to police and social services regularly from the very beginning. We are probation after all. We’re not Fight Club. We are allowed to talk about it.

I learnt this the hard way – in my earlier years I did a social services referral and (I’ll admit) avoided telling that person because I feared their reaction. When they found out, they completely blew up in front of me. Whilst half of that outburst was about the actual thing I’d uncovered, I realised the other half was the secrecy and I immediately decided I’d just have to get braver and start telling people things face-to-face from then on whether it was uncomfortable for me or not.

“Man up Zoe”, I said to myself. Nowadays, in a recent lad’s supervision plan, we actually wrote it down: “Zoe will be totally honest with me, and tell me straight whether it’s good or bad news”. People in the past had avoided giving him bad news ‘cos he had a lousy temper and was pretty scary when angry. But once I took on the challenge, pushed my shoulders back and became the messenger, he was never angry with me again. Funny that…… 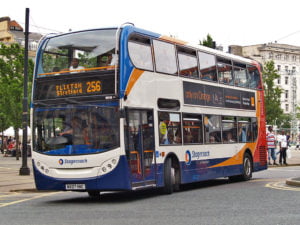 Criminology theory is downright useless unless you know what to do with it. There is no point raving on about how “disaffected youth needs to seek out structured pro-social activities to increase their social capital and lead them into desistance” (posh way of saying devil makes work for idle thumbs) if you don’t then know where those activities actually are.

Since I started in this job, I have made myself a mini Yellow Pages, with all the different agencies and random things I’ve found, so I can refer people onto them.

It’s called “Zoe’s Useful Numbers” (which I have nicknamed The Paper Oracle) and it’s quite a hit really – I have probation officers from places I used to work at still asking me for a copy.

Every time I see something useful –  I pass a place on the bus offering free literacy classes; I see a landlord in the local paper’s housing section that accepts DSS (gold dust); or the opening hours of a night shelter – I scribble it on a scrap of paper, and then it goes into the Oracle. I want to be able to give people a bit of hope, in their local area, that there’s someone somewhere out there for them, their problems, or their interests.

Of course, what’d be even better is actually jumping on a bus (NOT car) and having a ride around the area you work in, noting down the places and resources you see there. This is but a careless dream for many desk-shackled probation officers I know. But, hang on, there is another way to walk around your world, find out what’s going on in it, and keep an eye on what’s on offer. It starts with a T and ends with a witter.  Answers on a tweet please