10 things I learnt from the 2020 HMPPS annual digest

Interesting facts and figures from this year's HMPPS annual digest.

Last week (30 July), the MoJ published the HMPPS annual digest for 2019/20. Its 52 pages contain a raft of statistics, 10 of which I have picked out for your education and entertainment here. I hope you find them interesting.

16 people escaped from prison last year (compared to 9 the year before). In addition, 143 absconded (a 19% increase) and there was a 25% increase in temporary release failures, 60 of which were failures to return, and 14 of these were still at large after 30 days.

In the year ending March 2020, 21.8% of prisoners were held in crowded conditions, an increase of less than one percentage point compared with the previous year. It’s no surprise then that everyone was so concerned about the spread of coronavirus with 18,762 held in crowded accommodation conditions in the year to this March.

3: About 1 in 7 prisoners work in custody

In the year ending March 2020, on average, around 12,500 prisoners and detainees were working in custody at any one time across public sector prisons, privately managed prisons and Immigration Removal Centres. They delivered around 17.4 million hours of work during the course of a year.

In the 12 months to March 2020, the number of barricade/prevention of access incidents rose to 1,882, an increase of 8% compared with the previous 12 month period.

The number of prisoners with an Enhanced status increased by 9% in March 2020, compared with the year ending March 2019.

9: Bail Accommodation and Support down

There were 3,925 total referrals for the Bail Accommodation and Support Service in the 12 months to March 2020; a decrease of 13% on the 4,522 referrals made in the previous year.

As at 31 March 2020, there were 52,928 (headcount) staff in post at HMPPS, 84.1% of whom had declared their ethnicity. Overall, 10.4% of individuals who declared their ethnicity were classified as BAME. This represents an increase of 0.8 percentage points compared with the previous year. Public Sector Prison (PSP) staff as a whole had the lowest BAME representation in HMPPS likely driven by the underlying regional population composition.

Thanks to Andy Aitchison for kind permission to use the image in this post. You can see Andy’s work here.

What is the New Futures Network?

The New Futures Network (NFN) is a specialist part of the prison service that brokers partnerships between prisons and employers. 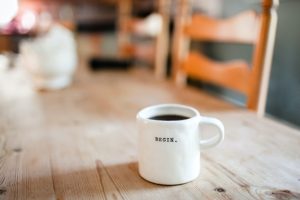