In a wide-ranging “Policing for the Future” report looking at the changing demands on policing, the Home Affairs Committee finds that forces are struggling to cope in the face of changing and rising crimes, as a result of falling staff numbers, outdated technology, capabilities, structures, fragmentation and a failure of Home Office leadership. It recommends major changes to the police response to new and growing crimes and warns that the Home Office cannot continue to stand back while police forces struggle.

“Police officers across the country are performing a remarkable public service in increasingly difficult circumstances, but forces are badly overstretched. Crime is up, charges and arrests are down, and the police service is struggling to respond effectively to emerging and growing challenges, such as online fraud and online child abuse.

Policing urgently needs more money. The Government must make sure policing is a priority in the Budget and Spending Review, or public safety and communities will pay the price. The Home Office has shown an irresponsible failure of leadership in the face of changing patterns of crime. Ministers and Home Office officials must not continue to stand back, as the police cannot do this alone. When the new challenges to public safety require major police technology upgrades, new action with the internet companies or new partnerships with the NHS, then it is the Home Office who should be pulling that together”.

On the proliferation of online child sexual abuse, Tim Loughton MP, a Conservative Member of the Committee, said:

“We found that the police are bringing a shockingly-low number of charges for the possession of child abuse images, even though they are recording tens of thousands of offences. Whatever the cause, it is unacceptable that children are being put at risk by the collective failure to get a grip on this problem. Our report calls for a comprehensive strategy to address CSA online, led by the Home Office, including action to improve police capabilities in this area.”

On the state of neighbourhood policing, Stephen Doughty MP, a Labour Member of the Committee, said:

“Neighbourhood policing lies at the heart of British policing, and it has reached an unacceptable state. While capacity varies across forces in England and Wales, overall we found that they have lost at least a fifth of their neighbourhood policing capacity since 2010. Once those crucial local relationships are lost, it is very difficult to rebuild them, and they are vital to so many areas of policing, from counter-terrorism to serious organised crime.

We are calling on the Government to report back to us within one month of the Comprehensive Spending Review, to explain what actions it has taken to maintain core neighbourhood policing functions in all forces, and to prevent officers from being diverted to other policing requirements.”

The role of the Home Office

How do we tackle the collapse in rape prosecutions?

The Home Affairs Committee says that the unacceptably low numbers of prosecutions for rape will continue without stronger reforms to the criminal justice system.

Should we decriminalise sex work? 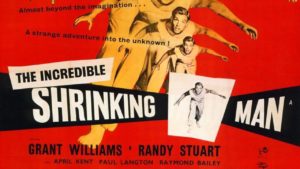 Latest official police workforce stats. Given our current fixation on reducing the budget deficit, it’s hard to imagine that next year’s workforce figures will show anything other than a further decrease.