Click to Subscribe
Latest femicide census highlights “overkilling”
Overkilling, using more force than required to kill someone, was evident in 40% cases where women were murdered by men last year.

The murder of women because they are women

Femicide is generally defined as the murder of women because they are women, though some definitions include any murders of women or girls. Femicide has been identified globally as a leading a cause of premature death for women, yet there is limited research on the issue in Europe.

What is the Femicide Census?

The Femicide Census is a database containing information on over one thousand women killed by men in England and Wales since 2009. It is a ground-breaking project which aims to provide a clearer picture of men’s fatal violence against women by allowing for detailed tracking and analysis. It was developed by Karen Ingala Smith and Women’s Aid working in partnership, with support from Freshfields Bruckhaus Deringer LLP and Deloitte LLP.

The census has been developed out of an urgent need to address the reality of fatal male violence against women. It can play a key part in the identification of patterns of femicide, the circumstances leading up to it and ultimately help us reduce femicide.

In February 2015 the Femicide Census was launched. It was based on information collected by Karen Ingala Smith and recorded in her blog Counting Dead Women. Since January 2012 she has searched the web for news of women killed by men; information that was hidden in plain sight- in a plethora of Domestic Homicide Reviews, police statistics, local press articles and reports in which women killed by men were mentioned. She gathered details of the perpetrators and the incident of murder itself, including the date, names, police force area and information about children, recorded motive and the weapon. In December 2016, the first Femicide Census Report was released. This is their third report.

At least 139 women were killed by 126 men in the UK between 1st January and 31st December 2017. At the point
of publication of this report, there remain a number of cases that are as yet unsolved: cases where the criminal justice outcome is unclear; cases that are still under investigation; and cases where information was exempt from disclosure via police Freedom of Information (FOI) Act requests. It is therefore believed that the total of 2017 femicides is in fact likely to exceed this number.

The chart below shows the number of femicides in the UK since the Femicide Census began.

One of the important benefits of the Femicide Census is the way that it shines a light on key facts which may be common knowledge within the domestic abuse field, but less well known to the general public. This year’s census looks in detail at women who were killed by their ex-partner either after they had separated or were in the process of separating.

In 2017, 22 women had separated or taken steps to separate when they were killed by their ex-partner. Over
half (55%, n=12) of these women were killed within the first month of separation, and 19 (87%) were killed within the first year of separation. The chart below shows the 22 women known to have been separated at the time of the killing and the duration of their separation before the killing. This is just over a third of all women killed in the context of intimate partner femicide and is in line with previous findings of the Femicide Census.

This year’s Femicide Census concludes with a plea to the Home Office and Ministry of Justice to consider carefully the findings and learning from the Census so far as they draft the proposed Domestic Abuse Bill (which will apply to England and Wales) and seek to match Theresa May’s claim that it will be “transformative”.

Femicide: every three days a man kills a woman

Latest femicide census: “If I’m not in Friday, I might be dead” 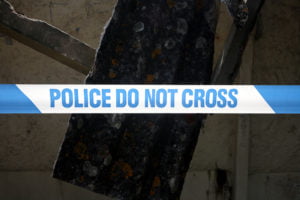 61% women were killed by their current or former partner.