Earning and spending money in prison 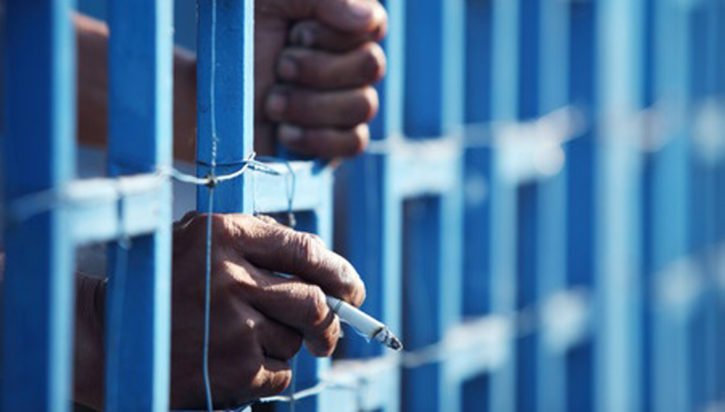 New Prison Inspectors report on earning and spending money in prison reveals a number of injustices including the fact that pay has been frozen for 14 years.

How people earn and spend money in prison differs from the outside world. The most obvious difference is the absence of any physical money. Prisoners may have money from what they themselves bring into prison, what is sent in by family or friends or what they earn in prison. They can only spend money up to approved weekly limits depending on their remand or convicted status and their behaviour as assessed under the incentives and earned privileges scheme. Any money that is paid to prisoners for work, or sent in from their family, is stored by the prison and then transferred electronically to the prisoner on a weekly basis depending on their weekly spending limit. Although prison wages are low, prisoners do not have to pay for accommodation, their meals, basic toiletries or clothing if required. Some may be able to bring some approved items into prison with them or have them sent in by families or friends. Prisoners must provide for everything else themselves. They must purchase phone credit themselves and pay rent for a TV. Everything else must be purchased from the prison ‘shop’ or ‘canteen’. In public sector prisons this consists of a list of items, such as tobacco, non-prescribed medication, additional food and toiletries, hobby materials and stationery, chosen to meet the particular needs of individual prison populations from a national product list (NPL) of approved items. Prisoners may also purchase other items such as clothing or religious artefacts from approved retail catalogues for which prisons charge an administration fee. Private sector prisons have their own canteen arrangements. The money that a convicted prisoner can spend is also restricted based on their behaviour and level on the incentives and earned privileges (IEP) scheme which has four levels: entry; basic; standard and enhanced. The maximum a convicted prisoner is able to spend per week is £25.50 although most prisoners are limited to £15.50 (the limits are higher for remand prisoners) — these amounts have not changed since 2008. 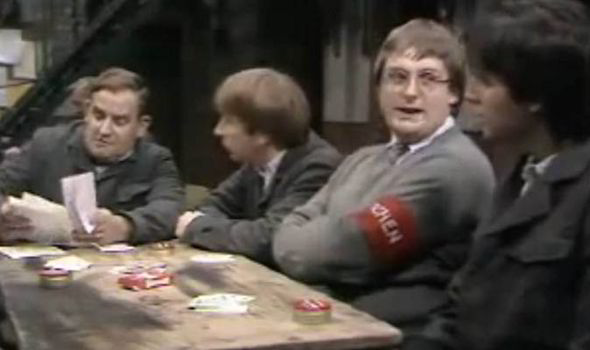 The rate of prison pay has not been increased since 2002(!) and is set out in Prison Service Order 4460 which requires:

The cost of calling home

Prisoners buy telephone credit, which they can purchase in £1 increments through the canteen. Despite official recognition that maintaining contact is important, the cost of making a telephone call from prison can be expensive. Calls to mobiles — the only option for many prisoners — at a prison recently inspected were advertised as costing 20.4p per minute on weekdays and 13.2p per minute at weekends. Therefore, a 30-minute call costs £6.12 during the week and £3.96 at the weekend. So a prisoner on maximum earnings could not afford to call his/her family twice per week for an hour in total.

Prisoners rely on ordering goods from the prison canteen for all but the barest necessities of life. Inspectors found that many new prisoners have very limited access during their first days and weeks in prison:

Fewer than a quarter (23%) of prisoners surveyed said that they had access to canteen when they first arrived in prison. In local prisons, where most prisoners begin their sentences, the proportion fell to 21%. For many individuals, this is their first experience of prison life and they may not be sufficiently aware of the need to avoid borrowing and the associated debt. It can often take up to two weeks for a prisoner to receive their first canteen order.

[For more details on prisoners’ first experiences of prison life, see another recent Findings report: The first 24 hours in prison.] Inspectors also found that fewer than half the prisoners they surveyed (47%) felt that their canteen had a wide enough range of goods to meet their needs. There was a lack of healthy foods and both Black and Muslim prisoners felt that their choice was even more limited with many basic culturally appropriate toiletries and foodstuffs unavailable. Additionally, on the whole canteen items were dearer than they would be in mainstream supermarket. The inspectors’ table below does not include any supermarket special offers or promotions: 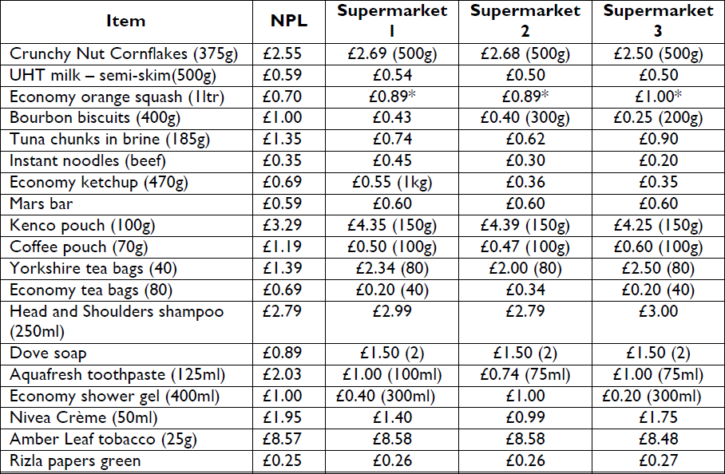 The inspectors acknowledge that prisoner pay is always likely to be a controversial issue but still make five strong recommendations: