This new research sought to explore the experiences and perspectives of practitioners who work with autistic and/or ADHD (attention deficit hyperactivity disorder) male perpetrators of domestic abuse to help them change their behaviour. This was important because my previous research identified that mainstream programmes are not responsive to neurodivergent men. Therefore, I wanted to know how perpetrator programmes could be more inclusive. The current study focusses specifically on autistic and/ADHD men without learning disabilities because these neurodivergences are often invisible meaning these men’s specific risks and needs may be overlooked.

We discovered only two international studies on the experiences and outcomes of autistic and/or ADHD men attending a domestic violence perpetrator programme. Despite contacting 262 organisations, the dearth of research was also matched with few examples in practice with only 14 practitioners responding to the survey (9 from the UK, 5 from Australia). This suggests we are some way off in the UK and Australia in respect of meeting the needs of this cohort of men.

However, the practitioners who did respond or were interviewed did reveal important insights. Firstly, practitioners were clear that autism and ADHD do not cause domestic abuse and to characterise it as such is harmful and stigmatising towards neurodivergent people, medicalises abusive behaviour, and can ultimately limit the effectiveness of perpetrator programmes and absolve the perpetrator of accountability.

Practitioners relayed that both they and neurodivergent men faced many challenges. Firstly, given there were difficulties around screening and awareness of diagnosis, practitioners were unable to make a case for vital resources to meet the needs of this cohort. Some also said the lack of awareness amongst untrained staff meant that neurodivergent men were often mistakenly perceived as ‘belligerent or disruptive’.

Common challenges experienced amongst neurodivergent men consisted of sensory sensitivities, relating to other group members and facilitators, escalated thinking, problems concentrating, focussing, and the pace of the programme. Sometimes this meant neurodivergent men would mask their understanding and this was not always checked by practitioners.

Practitioners talked about ways in which they had adapted their programmes to be more inclusive. Examples involved ADHD treatment (medication, psychoeducation and therapeutic input) which supported engagement in and increased effectiveness of perpetrator programmes. However, on its own ADHD treatment was insufficient and practitioners were more flexible in their delivery approach such as issuing appointment reminders and removing ‘three strikes’ clauses when sessions were missed. Changes to the environment and support in managing anxiety was aided via multisensory tools, bitesize modules, frequent breaks, and familiarisation of settings.

Practitioners also relayed the many strengths neurodivergent men bring to support their own engagement. These included a ‘willingness to learn’, ‘focus on detail’, ‘logical thinking’, and ‘great visual and memory skills’ and creative thinking. While some practitioners noted that options for one to one and/or neurodivergent only groups were beneficial some of the time, others cited their contributions to group work which included neurotypical men such as helping to ‘disrupt image managing’, offering ‘very good challenges’ and fostering ‘outside the box’ thinking. As one practitioner commented:

“Neurodivergent people…they actually often don’t realise, like they think they’re being a nuisance or disrupting a process or whatever or certainly sometimes that’s the feedback that they get if people are defensive and not open to their contributions, but if people are open to their contributions, what they bring is an opportunity for people to think differently about things that have been thought about in the same way for an incredibly long time, and I love that.  I feel like that is, you know, that’s where change happens (Interviewee, NSW, Australia).

Another layer of inequality

Practitioners also went beyond making adjustments to the environment. There was a recognition that neurodivergence was just another layer of inequality and structural disadvantage that had impacted on the men’s lives, and that many of them had experienced significant traumas too. This meant having to be attuned to ‘many wounds and intersectionalities’ while ensuring that men take responsibility for their abusive behaviours. This included being able to separate controlling behaviour that was abusive from the control some neurodivergent individuals exercised to provide structure and order to their lives.

Further questions were raised about the need for specialist support for victim-survivors in helping them to understand their partner’s neurodivergence, and to manage expectations about what can and cannot be changed. Practitioners agreed that this support should not result in medicalising abusive behaviour, absolving the perpetrator of accountability, or place an additional emotional burden on victim-survivors.

The conclusion then and concern amongst practitioners was the need for a highly skilled and experienced workforce, including neurodivergent practitioners who can represent the men they work with. While they suggested co-located, integrated, and multiagency working could help fill an existing gap in skills, a postcode lottery of services and the dearth of experienced domestic abuse practitioners with neurodivergence skills was seen as a significant challenge for the future.

The full report sets out in full recommendations for practitioners, commissioners and policy makers

This study was funded as part of a postdoctoral fellowship by the Economic Social and Research Council.

You can read the full report here

You can see an interactive summary here

Thanks to Nikita Kachanovsky for kind permission to use the header image in this post which was previously published on Unsplash.

Professor Amanda Kirby summarises the evidence base around neurodiversity and sets out key lessons for those working in youth justice. 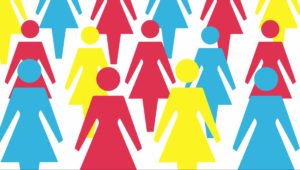 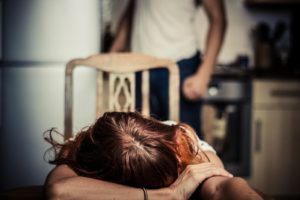