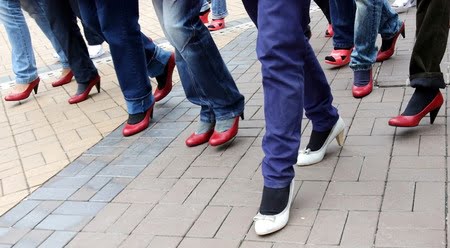 It appears that there is a growing evidence base of the potential benefits of RJ for victims of sexual violence, depending on a number of issues which are addressed with some care in this guidance.

On my first day as a probation officer, I walked into my office to find the case files of 10 offenders on my desk, two of whom were rapists. That feeling of being completely daunted came back to me last week when I saw a new practice guide for doing restorative justice in cases of sexual violence, making me think again:

How on earth do you get started with that?

The guide, written by Vince Mercer and Karin Sten Madsen, was produced as part of the EU DAPHNE programme.

Reassuringly, the guide is aimed at experienced restorative justice (RJ) practitioners and is very careful not to present a “how to” approach. The authors say that the range, nuance and complexity of the varied manifestations of sexual violence made such a prescriptive approach both impractical and unhelpful.

Rather, the guide raises and discusses a number of key issues that experienced RJ practitioners should probably think through carefully if they were considering extending their practice to cases of sexual violence.

The authors fell back on Mary Koss’ mantra:

No crime victim should be forced to confront her perpetrator, but neither should she be denied the opportunity if she desires it 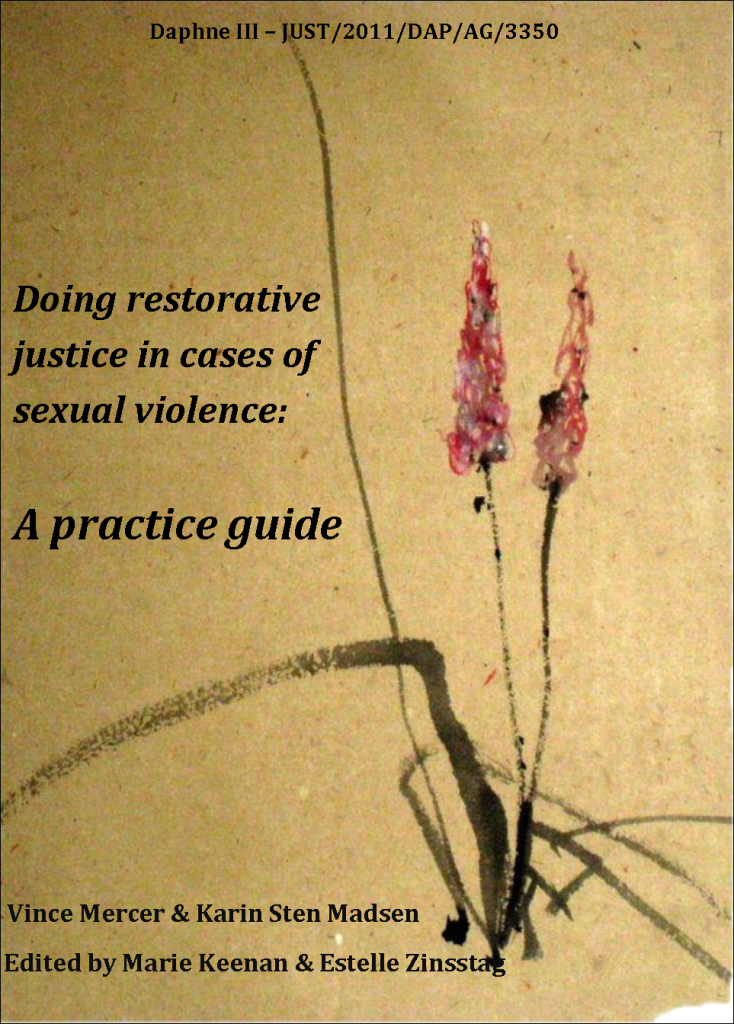 The authors report a steadily growing literature on the benefits of RJ for victims of sexual crime which are similar to the reasons that victims generally wish to engage in RJ:

These are to enable their voice to be heard, for the impact and aftermath of the harm to be more profoundly and widely considered, to ask questions and hear answers and create a more meaningful level of accountability to those affected and harmed. Victims of SV want to be heard and like victims of other crimes they also seek an acknowledgement of the harm caused to them.
‘How could you do this to me?’ is the question asked by most victims who have been raped, the ‘you’ referring of course to the person who committed the assault and hence the only one who can provide the answer. ‘Why did you do this to me?’ is also a question that many who have been sexually harmed in childhood want to ask of the person who abused them.

There are also potential additional benefits to victims of sexual violence who engage in RJ:

To date, however, there appears to be little research on any benefits of RJ for the sex offenders.

The authors state that one of the factors that may have inhibited RJ practice in the field of sexual violence is the perception that RJ is inherently more risky in these cases. The nature and intimacy of the harm, the power imbalances often associated with sexual violence, the perceived menacing characteristics of offenders and the particular vulnerabilities of victims, in some cases the young age and immaturity of victims, the inadequacy of support services for participants, and the anxieties and responses of communities are some of the reasons why this is believed to be the case.

The main risk that the authors consider at length is that a face-to-face encounter with the offender could trigger emotions associated with the sexual assault and lead to a re-living of the assault and a re-traumatisation.

It appears that there is a growing evidence base of the potential benefits of RJ for victims of sexual violence, depending on a number of issues which are addressed with some care in this guidance. They include:

These and many other issues are considered through a number of case studies.

I claim no expertise at all in this area of work, but this seems to me to be an extremely valuable guide for practitioners sufficiently experienced and skilled to consider developing their restorative justice practice in the arena of sexual violence.

[The image at the top of this post was shot in Sofia, Bulgaria – March 8, 2014 and shows men running in high heels to support women victims of domestic and sexual violence as part of the international Walk a Mile in Her Shoes campaign held on Women’s Day.]

A short and belated Restorative Justice action plan from the MoJ sets out key objective of universal, high quality provision but without funding details.