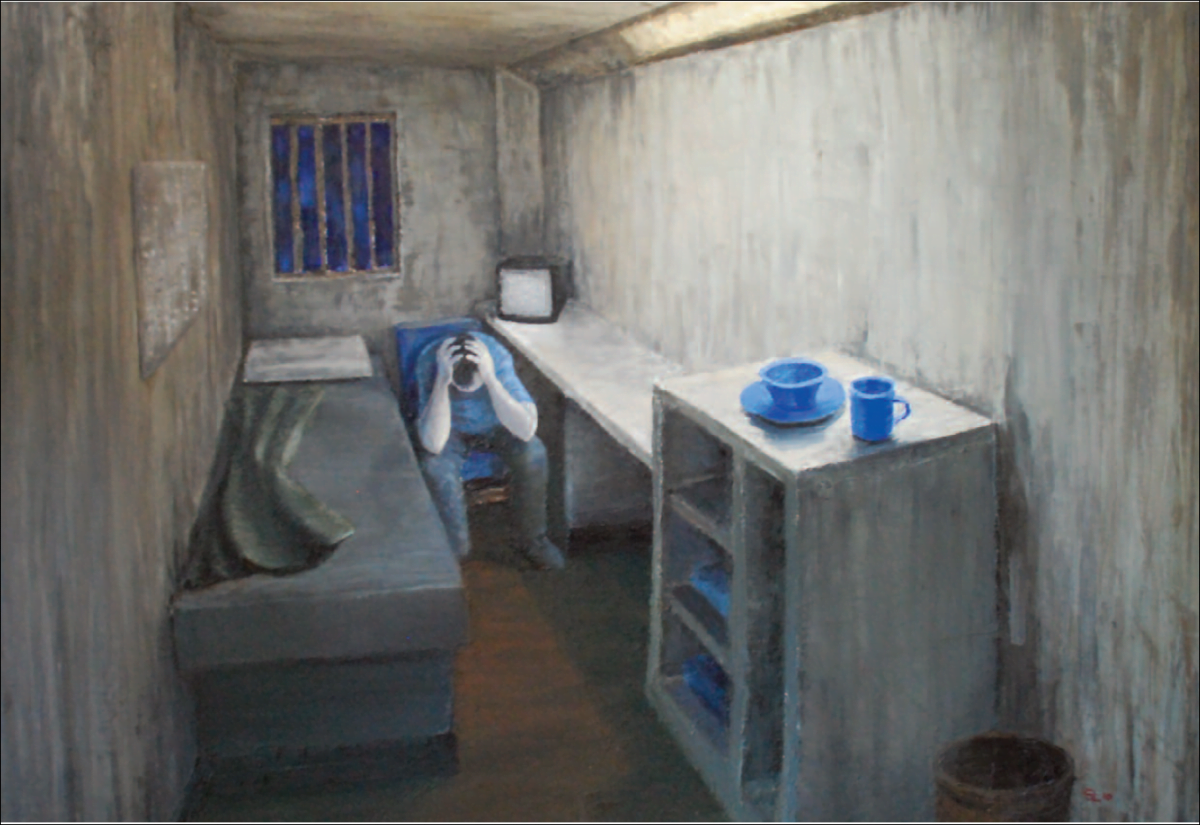 Segregation units and close supervision centres are complex places, where some of the prison's most challenging individuals are confined alongside some of its most vulnerable people, within a small, enclosed space.

The prison within a prison

A new (17 December 2015) report from the Prison Reform Trust looks at the fate of prisoners held in segregation units.

Deep Custody: Segregation Units and Close Supervision Centres in England and Wales is an extremely comprehensive report; its 170 pages are the product of independent research comprising of a survey sent to all prisons in England and Wales, visits to 15 prisons and interviews with 67 prisoners (50 in segregation and 17 in closed supervision centres (CSCs)), 49 officers and 25 managers.

The report was written by international expert Dr Sharon Shalev (@solitary_org on Twitter) of the Centre for Criminology at the University of Oxford and Dr Kimmett Edgar of the Prison Reform Trust.

In January 2015, the total segregation capacity in England and Wales was 1,586 cells. Close supervision centres had a capacity of 54. Of those segregated, 71% spent less than 14 days in segregation, 20% spent between 14 and 42 days, and 9% were segregated for longer than 84 days. The average stay in CSCs was 40 months.

The report found that segregation units and close supervision centres are complex places, where some of the prison’s most challenging individuals are confined alongside some of its most vulnerable people, within a small, enclosed space. Almost one in 10 of the prison population spent at least one night in segregation in the first three months of 2014

Good prisoner-staff relationships were a key strength of many segregation units with most prisoners saying that relations with officers are good. The authors witnessed examples of good practice, suggesting that the pressures placed on segregation units and CSCs need not result in a lack of decent treatment.

However, regimes in units were impoverished, comprising little more than a short period of exercise, a shower, a phone call, and meals. In most units, periods of exercise lasted 20 – 30 minutes, well short of the 60 minutes stated in the European Prison Rules and the UN Standard Minimum Rules for the Treatment of Prisoners (the Mandela Rules). “Segregation must not be prolonged or indefinite”, said the authors. “More purposeful activities should be offered and exit strategies improved”.

Despite these poor conditions, perhaps the most worrying finding was that over one-third (19) of the 50 prisoners interviewed who were held in segregation units had deliberately engineered a move into segregation to escape violence and indiscipline on prison wings or to raise concerns regarding their treatment and conditions. This, the report says, is an:

and the prison service

“should target efforts to improve treatment of all prisoners accordingly.”

The prisoners interviewed for the research felt isolated in the segregation system:

Lord Woolf (Chair of the Prison Reform Trust and a former Lord Chief Justice) says that the report lays down a challenge to government, arguing that it:

offers the prison service and the Ministry of Justice the opportunity to learn from their experience, build on the good practice which undoubtedly exists and act on legitimate concerns about impoverished regimes and the need to ensure that the decision to segregate, and the experience of segregation, are governed by guiding principles of fairness and justice.

Image credit: White Noise and Shadow, HM Prison Lindholme, G4S Silver Award for Oil or Acrylic 2010 – courtesy of the Koestler Trust and used as the cover of this report.

Assessing the impact of maternal imprisonment

Sarah Beresford calls for a child impact assessment for every child with a primary carer in prison.