A new report, Back Yard, commissioned by the Drugs, Alcohol and Justice Cross-Party Parliamentary Group, and written for volteface by Liz McCulloch, presents an investigating into the feasibility of establishing drug consumption rooms in the UK & Ireland.

The first supervised drug consumption room was opened in Berne, Switzerland in June 1986. Further facilities of this type were established in subsequent years in Germany, the Netherlands, Spain, Norway, Luxembourg, Denmark and Greece. A total of 74 official drug consumption facilities currently operate in six EMCDDA reporting countries, following the closure of the only facility in Greece. There are also 12 facilities in Switzerland.

Breaking this down further, as of June 2015 there are 31 facilities in 25 cities in the Netherlands; 24 in 15 cities in Germany; 12 in two cities in Spain; one in Norway; one in Luxembourg; five in three cities in Denmark; and 12 in eight cities in Switzerland.

In a recent development, as of April 2015 a six-year trial of drug consumption rooms was approved in France and it is expected that facilities will be opened in three cities in the coming months. Outside of Europe there are two facilities in Sydney, Australia and one medically supervised injecting centre in Vancouver, Canada.

Evidence from these inititiatives demonstrates that DCRs are effective in reducing self-reported risk behaviors associated with injection, such as syringe sharing, reaching and staying in contact with highly marginalised target populations, reducing drug-related deaths, increasing uptake of detoxification and drug dependence treatment, decreasing public injecting and reducing the number of syringes discarded in a vicinity.

The evidence does not suggest that a DCR increases drug use, frequency of injecting, drug dealing, drug trafficking or drug-related crime in the surrounding environment. A DCR offers numerous benefits to the community and to people who use drugs.

However, despite numerous developments over the years, DCRs have never been established on a permanent basis in the UK.

The UK is currently experiencing record numbers of drug-related deaths, particularly among people who use opioids and who are not in drug treatment. These deaths could escalate even further following the emergence of fentanyl, a highly potent opioid which has been linked to at least 60 deaths since December 2016.

volteface argues that DCRs could address this gap in provision, but that there are a number of issues affecting feasibility. This report examines these issues.

DCRs are currently under development in Glasgow & Dublin. The Glasgow Health and Social Care Partnership is currently identifying a site for a DCR, and the Irish Health Service Executive is undergoing a tendering process for a service in Dublin city centre.

The first hurdle would be making the case that the facility would have sufficient impact. People will not travel to use a DCR and thus qualitative and quantitative data collection should be used to identify a location for the service where there is a concentrated drug-using population. A business case should also be guided by other needs than just the presence of an open drug scene, which the UK may not see to the same extent as international comparators.

Funding is a core concern and financial provision should not come solely from treatment budgets, which are already under significant strain. Alternative funding streams may include: central budgets, contingency funding, diversion from services targeted towards the population who are likely to use the DCR such as homeless addiction services, or diversion from services which would see savings as a consequence of the DCR being established. It is appropriate that funding is allocated to a DCR as existing services are failing to engage marginalised groups and failing to address drug-related litter and public injecting, which is a significant burden in some communities.

Residents may have concerns that a DCR will create more drug-related disorder, though evidence points to the contrary. The community should be continually engaged in the proposal and clear communication channels provided with the local authority. As evidenced elsewhere, levels of community support are likely to increase after the facility is established. To avoid media coverage derailing attempts to establish a DCR, stakeholders are advised to seek out media opportunities to promote the proposal, though the expression of formal interest by the locality should be accompanied by a bedrock of local stakeholder support.

To encourage support from politicians, the proposal should be championed by their peers and framed as a humanitarian, evidence-based intervention, rather than as a wider call for drug reform. It is also advantageous for structures to be in place that ensure politicians are involved and consulted throughout the planning and development process and prior to key political decisions. DCR acceptability also depends on how consistent it is with the recovery agenda. Although the primary remit is to reduce harm, DCRs are a recovery-orientated service as they improve engagement with treatments for addiction, offer care and support, and address adverse life circumstances.

The legality of DCRs was cited as one of the most significant feasibility hurdles, as there are persisting legal barriers that would challenge its operation. A DCR could operate through a discretionary model, pursuant to guidance given by the police and prosecution service. Alternatively, a discretionary model could operate without legal guidance from the prosecution service and instead rely solely on multi-agency support, with local stakeholders signing a document regarding the establishment and running of the DCR. A legislative route is a longer process but offers a more stable and permanent legal solution. DCR pilots operating on a discretionary legal basis could be used to build the case for legislative change.

New policing practices would be required, but they are unlikely to be a significant departure from existing procedures. Forces would benefit from receiving clear guidance and legislation and observing models of practice in countries with DCRs. There may be apprehension over the risks involved for DCR operators, but providers can turn to existing protocol as most of the risks are similar to those they already manage.

It is likely that drug consumption will continue outside of service hours, however, to minimise the extent to which this occurs, opening hours should be balanced against community need and local capabilities.

Stakeholders can learn from innovation in Glasgow and Dublin, but can also turn to existing practice, realising that the way forward may not be a significant departure from well trodden paths. By following in the footsteps of Glasgow and Dublin, but also turning to what is already known, localities will be best placed to replicate their progress and success.

DCRs are now a viable policy option and serious consideration should be given to their introduction.

This is a timely and useful report from volteface. I am aware of a number of other schemes at the planning stage across the UK although there is, perhaps, a desire to see how Glasgow and Dublin work out in practice before legal issues are tackled elsewhere.

A regulated online cannabis market in the UK?

Mike Power has authored a new report for volteface. The Green Screen makes a coherent case for a regulated online cannabis market in the UK.

New report from drug campaign group volteface exposes the chaos caused by the use of Spice and other NPS in prison and sets out a 5-point action plan. 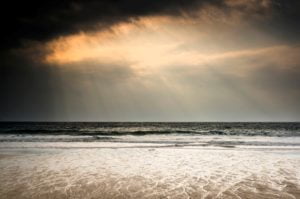 Is it time to legalise and regulate cannabis?

Boris Starting puts forward a pragmatic case for the legalisation and regulation of cannabis and urge Britain to get in step with the rest of the world.