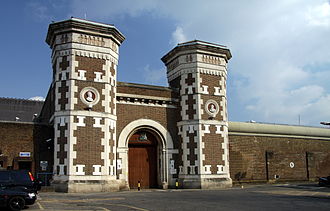 Most prisoners still had less than two hours a day out of their cells and we found more than half the population locked behind their doors during the working day.

The inspectors’ own summary is damning:

The inspection of HMP Wormwood Scrubs took place 18 months after the last inspection, when inspectors also had serious concerns. The prison remained in a poor condition with unacceptably poor outcomes for the 1,258 men held, with much too little done to address their behaviour before they returned to the community.

And the actual state of the prison may be even worse — according to a Guardian article, the criticisms in the published version were toned down considerably from earlier drafts. This seems to me to be entirely credible, since the introduction is dated January 2016 and publication was three months later.

The new Chief Inspector, Peter Clarke, highlights a number of disturbing issues in his introduction; the bullet points below are all direct quotes: 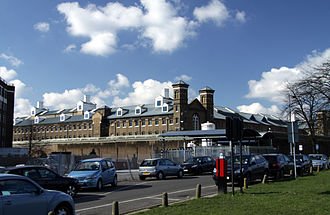 I could find only two positive comments which pay tribute to the staff concerned working in such a hostile work environment:

Some of the coverage of the inspection report focused on the impact of the probation reforms with new private companies — in the case of Wormwood Scrubs, this is the London Community Rehabilitation Company run by MTCnovo — responsible for resettlement plans.

Concern focused on paragraph 4.35 in the inspection report:

The proportion of prisoners recorded by the prison as having accommodation on discharge had fallen dramatically in recent months, from 95.3% in April 2015 to 59.4% in October 2015.

It’s difficult to know what to make of this finding and the inspectors reported that the prison itself was “unable to explain this fall”.

The probation reforms, known as Transforming Rehabilitation (TR), have been messy and plagued by difficulties with increasing concerns about the high level of job cuts across the country.

It is clear that the new “through-the-gate” model of co-ordinated support is nowhere near working properly yet in most areas.

However, given that pre-TR probation trusts were not working with short-term prisoners (those serving less than 12 months) who form the majority of the Scrubs’ population, it seems unlikely that TR is the main cause of this drop.

In my experience of conducting a number of prison-based needs assessments, prison records routinely over-record the proportion of released prisoners going out to settled accommodation.

What is not in doubt is that the always difficult business of finding prisoners proper housing on release is getting increasingly difficult.

On the same day as the Wormwood Scrubs inspection was published, so was an inspection of the women’s prison HMP Bronzefield. By contrast, this inspection was extremely positive. Even so, it highlighted the fact that some released prisoners were being given tents and sleeping bags because of a lack of an appropriate accommodation on release.

Michael Gove will need to address this issue in particular if he wants to make good on his promise to treat prisoners as “assets not liabilities”.

Few of us are able to lead a constructive, law-abiding lifestyle without a proper roof over our heads.

Why are women sentenced to short prison sentences?

The All Party Parliamentary Group on Women in the Penal System finds failed probation reforms have undermined magistrates’ confidence in community sentences.

The National Homelessness Advice Service can help you find prisoners accommodation on release.

Lack of housing traps women in cycle of offending

Prison Reform Trust and Women in Prison say chronic shortage of housing support for women released from custody is driving them back to prison.