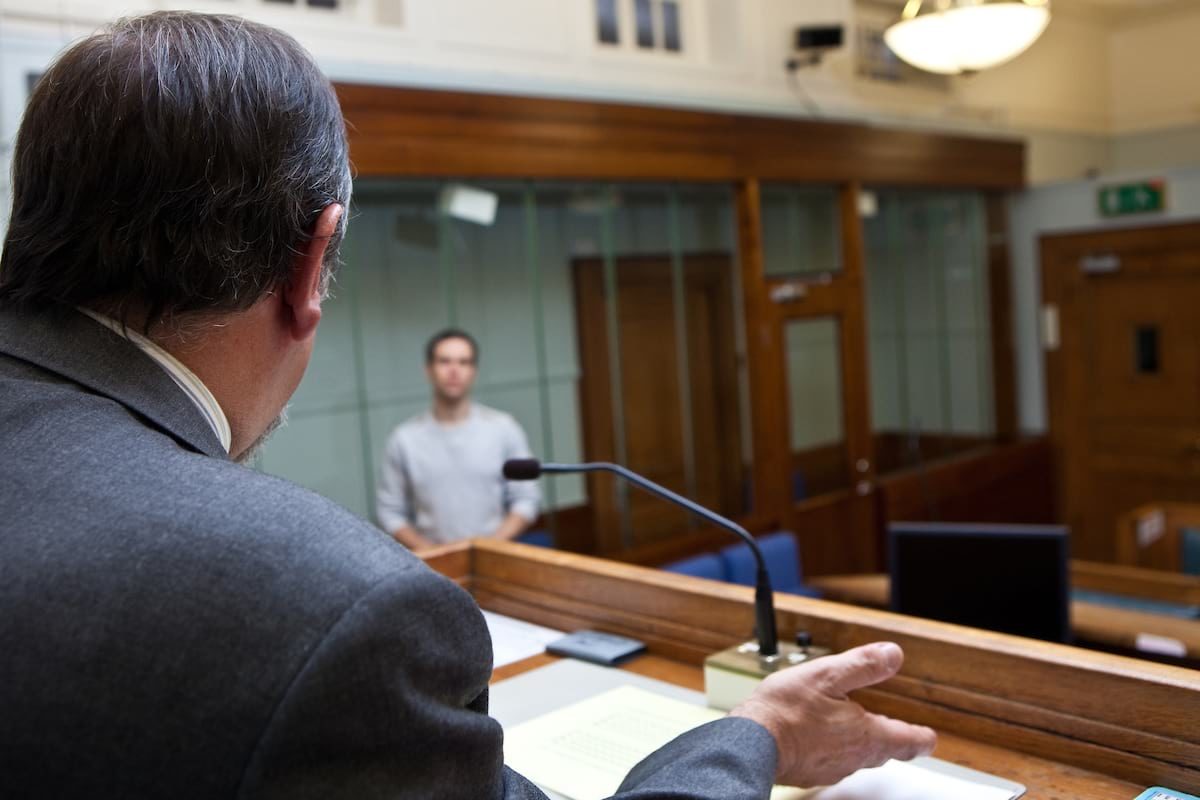 Hidden away in the government’s response to the Justice Committee follow-up report on Transforming Rehabilitation is a one line commitment to increase the use of community sentences:

“we plan to bring forward proposals for community penalties that offer an appropriate level of punishment, while tackling the underlying drivers of offending”.

This post seeks to put some context to this aspiration and shows that there is certainly plenty of potential for increasing the number of non-custodial punishments.

Remembering the 12.7% drop in the number of people sentenced in the last decade, my graphic below shows that suspended sentences because much more popular over much of the decade, although there was a big drop (22.5%) in the most recent year. The proportion of people sentenced to immediate custody also fell slightly from 7.3% of all sentences in the year ending March 2009 to 6.4% in the current year. However, the spectacular decline in community sentences is clear to see.

You can see the trend of the three sentencing options over time more clearly in the second graphic below. 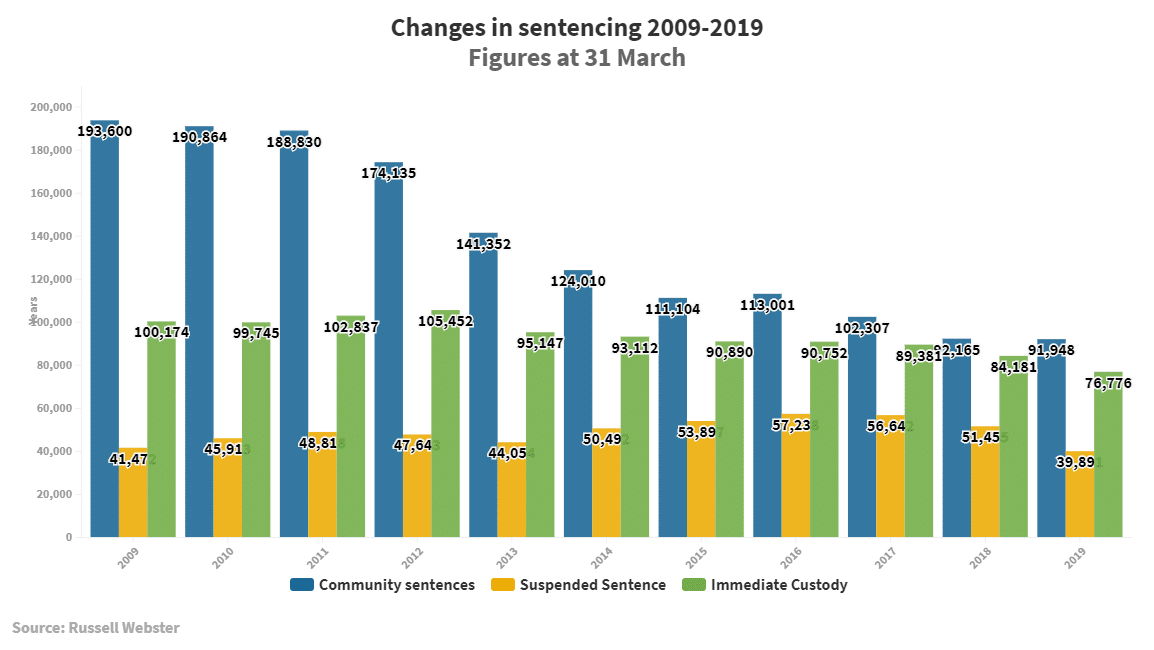 It appears that the government has abandoned the commitment to curb the use of short prison sentences advocated by the previous Justice Secretary David Gauke. Sentences of 6 months or less actually comprised the majority of orders of immediate custody in the most recent year (43,399 out of 76,776 = 56.5%). If “credible” community sentences were targeted at this group, it would certainly be possible to turn round the decline in community sentences. 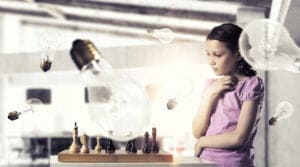 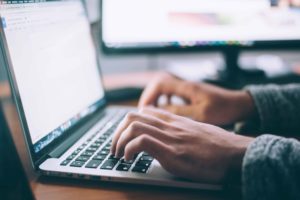 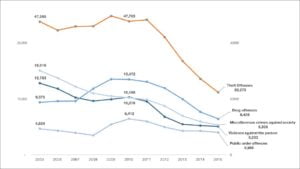 What went wrong with community sentences?

Crest Advisory analyses the decline & fall of community sentences with Magistrates’ lack of information and confidence in them a key problem, exacerbated by TR. 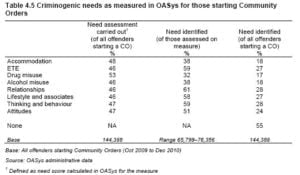 Relationships and ongoing assessment are key to reducing reoffending

The authors noted that assessment of some needs (particularly “Attitudes” and education and training) tended to be more accurate later in the community sentence, when the Offender Manager had developed a relationship with the person they were supervising. Similarly, offenders’ feedback on their Community Order was particularly positive when they perceived that the Offender Manager understood their needs. There seem to be two key lessons to be drawn from this research for those planning new models of service delivery…