The cost of transforming rehabilitation

People interested in the proposed payment by results model of commissioning re-offending frequently draw comparisons with the PbR-funded Work Programme.

This is mainly because Chris Grayling presided over the launch of the Work Programme and is now the Justice Secretary driving PbR as a way of commissioning the soon to be outsourced/privatised probation service.

At last week’s CBI conference on PbR, many of the speakers from private industry and government made much of the differences between the two models with everyone agreeing that delivering successful outcomes in re-offending would be a more complex and challenging prospect than getting the long-term unemployed back into work.

One issue that didn’t come up was the difference between the two programmes in terms of cashable savings.

PbR schemes are frequently about saving the government money by preventing expenditure (see Toby Eccles from Social Finance on why PbR schemes should be focused on prevention.

“Cashable savings”  is a term which refers to improved public sector performance which results in more money in the government’s pocket.

The savings from the Work Programme are immediately cashable.

Anyone who is helped to find a job will immediately come off benefits and start paying National Insurance and Income Tax – a double reduction in government expenditure in the current year.

However, if 200 fewer offenders released from Peterborough Prison this year do not re-offend because of the impact of the ONE scheme, the prison won’t shut down or even close a wing.

Nor will there be a need for less police officers, there will be plenty of other crimes for them to investigate and criminals for them to arrest.

The fact that even highly performing PbR schemes won’t deliver cashable savings to the MoJ in the short to medium term brings me to what I see as a central challenge to Mr Grayling’s new plans:

Here are the three main challenges as I see them:

Tough on crime, tough on the cost of crime

In fact, you could even argue that the Justice Secretary will be costing the country money.
In talking about tackling re-offending, Mr Grayling pursues a joint approach, reassuring us all (and the law and order wing of the Conservative Party in particular) that prison will always be the right option for many criminals, while arguing that once they are in prison, we should do everything we can to try and prevent them from reoffending.

“Let’s keep sending them to prison but do all we can to stop them from coming back.”

Mr Grayling clearly learnt from the experiences of his predecessor as Justice Secretary Ken Clarke that it is only possible to advance the “rehabilitation revolution” by continuing to talk tough on crime.

Indeed, the Guardian recently went so far as to suggest his proposals for a massive new Titan prison may just be a smokescreen to shore up his hardline reputation.

However, there is strong evidence that imprisonment rates are not correlated to crime rates but to politics.

Since both main political parties started trying to out-do each other for talking tough on crime in 1997, the crime rate has headed steadily downwards while the number of people we lock up has gone equally steadily up.

By talking tough on crime, the Justice Secretary risks making the prison population rise quicker than improved re-offending programmes can bring it down.

One last key point also seems to have been lost amongst the consensus that short term prisoners should get much more help with their resettlement and attempts to go straight.

And there is no time in prison to start to plan to rectify the damage – the average length of stay of the short term prisoners on the ONE Project last year was 7 weeks.

So by talking tough on crime, the Justice Secretary may be driving up crime & making the rehabilitation revolution unaffordable. 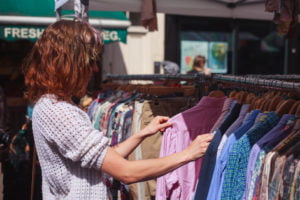 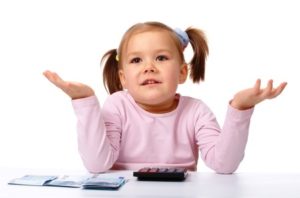