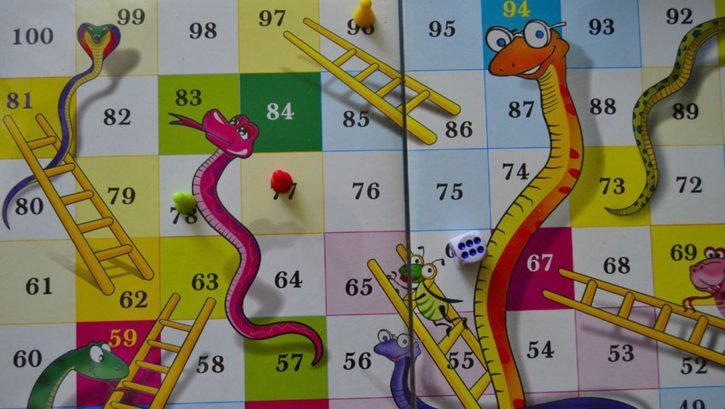 A focus on reoffending could mean we miss the "teachable moments" which enable change...

We still don’t know most of the detail of how the MoJ will measure the success of the new Community Rehabilitation Companies at reducing reoffending. There is clearly still an ongoing debate about the balance between “binary” (whether someone re-offends) and “frequency” (how many times they re-offend) targets.

Whatever the final definition, no-one disputes that we should be measuring re-offending and that payment and future contract awards should be related to how well each of the CRCs performs in reducing reoffending. Indeed, Probation Trusts are currently measured on reoffending rates.

Is reoffending the right target?

So, I was intrigued when Mark Johnson, founder of User Voice, told me in a recent video interview about Transforming Rehabilitation that he thought we shouldn’t be measuring reoffending at all.

Mark argued, quite fairly, that we know that desistance from crime (the process of giving up offending) is not a simple event, but a process. As for most behaviours, the path of change is not a straight line but more of a snakes and ladders affair. Success, when it is achieved, is more likely to take place over years and involve committing fewer, less serious crimes, rather than simply “turning over a new leaf” on a specific day.

Of course, some people do just make a decision and stick to it, but anyone who has tried to stop smoking or go on a diet recognises that behaviour change is more of a William Bruce affair:

“If at first you don’t succeed, Try, Try again”

Clearly the challenge is much greater if you’re trying to conquer a dependence on drugs or alcohol or give up a life of crime.

Mark’s concern about the focus on measuring reoffending in the new commercial world of TR is that providers may be incentivised to stop working with any offender who commits a further offence. What’s the point, if that person can no longer generate a (binary, at least) target payment for you?

For Mark, a further offence – like a lapse in abstinence from drugs or drink – is a “teachable moment”- a real opportunity to enable change.

Of course it’s fair to say that no-one measures reoffending anyway. We can’t know how many crimes anyone commits. All we can measure is reconvictions, when someone is caught and processed by the criminal justice system.

But could we measure desistance?

If we could, it would perhaps be a more meaningful measure which didn’t risk the unintended consequences of stopping working with an offender when they need it most.

Unfortunately, the reality is that desistance may be just too difficult to measure.

In addition to the complexities of designing a payment system that includes both binary and frequency measures, we would also have to try to measure the seriousness of offending too. Consider a fairly typical case: someone with a long history of  offending related to drug addiction. They make great progress, get drug free, find work and completely stop offending over a period of two years intense commitment. Then they get arrested for smoking cannabis. In the court of human opinion (or indeed even in an actual  Magistrates’ Court), no-one would deny that this offence represents a failure or a return to a life of crime. And remember, even a police caution counts as a reconviction in the current MoJ model.

Unfortunately, any payment mechanism that tried to take into account the binary, frequency and seriousness dimensions of re-offending would be too complex and expensive to administer in practice and would probably lead to gaming and perverse incentives.

The challenge for the MoJ is to ensure that the payment by results mechanism doesn’t disincentivise providers from working with offenders who commit further offences.

In one sense, providers shouldn’t need encouraging in the right direction. Desistance is a long  journey and offenders who are reconvicted or breached are likely to be service users again in the near future. Providers will be more successful at facilitating change with individuals who feel that they have received a good service in the past – and were not just jettisoned when they no longer represented a means of generating income.

I’m sure this is an issue that the MoJ has thought about and discussed and will be interested to see what levers it seeks to put in place – either in the contract or via the new inspection regime.

Please use the comments section below to share your views on how best we should be measuring desistance: