Click to Subscribe
The impact of commissioning on drug treatment
The ACMD warns the government that reduced funding is undermining the drug treatment system and that this situation is exacerbated by frequent re-procurement.

Last week (6 September 2017), the Advisory Council on the Misuse of Drugs (ACMD) published a new report (with one of the longest sub-titles you will see):

ACMD reports have a quaint tradition of being sent to the relevant Home Office minister (Sarah Newton in this case) with an introductory letter which forms the introduction to the report. In this case, Dr Owen Bowden-Jones, the Chair of the ACMD, doesn’t mince his words:

In brief, the ACMD has concluded that drug and alcohol treatment appears to be facing disproportionate decrease in resources, likely to reduce treatment penetration and the quality of treatment in England.

He also goes on to say how this situation is aggravated by constant repeat commissioning:

This situation is compounded by frequent re-procurement of services that is using vital resources, creating unnecessary ‘churn’ and disruption and resulting in poorer recovery outcomes – at least in the short term.

The ACMD found themselves in the frustrating position of being fairly certain that there had been a substantial reduction in drug treatment funding but being unable to substantiate this from official data:

The majority of evidence from providers and commissioners described a level of reduction in funding, which was not apparent in published local authority financial returns.

The report also highlights evidence from the King’s Fund which stated that cuts in public health services were planned up to 2020–21, particularly for drug misuse (and alcohol) treatment.

The report pays lengthy attention to the English habit (I would use the word “disease”) of frequent re-commissioning. Interestingly, many commissioners and some providers saw the merits of re-procurement, mainly in terms of system change and “efficiency savings”. However, the ACMD also recorded a number of negative impacts:

‘churn in the system’ causing instability, disruption of local system performance and negative impacts on treatment outcomes in the short term.

An ACMD survey of commissioners found:

Re-procurement was also reported to be an expensive process for commissioners and providers. Some commissioners reported having to ‘fight’ for contract lengths of more than three years; others were frustrated by delays in local decision-making processes, which led to rushed processes and poor transitions.

The ACMD expresses in direct terms its concern that reduced funding may be doing serious damage to the treatment system:

A system that has been seen nationally and internationally as highly successful is at risk of being undermined. The ACMD is concerned that loss of funding will result in the dismantling of a drug misuse treatment system that has brought huge improvement to the lives of people with drug and alcohol problems.

The report also highlights concerns that reduced funding will lead to increased levels of blood-borne viruses, drug-related deaths and drug-driven crime in communities.

The ACMD makes five recommendations to protect drug treatment services which I paraphrase below: 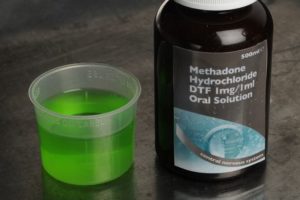