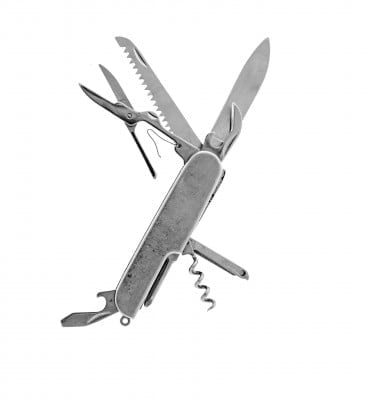 This is the first in my series of 10 commandments for payment by results.

Thou shalt commission for a single purpose

One of the reasons that payment by results has stimulated such a lot of interest amongst commissioners and governments is that it seems to offer progress on a lot of different fronts.

Supporters of PbR advocate this outcome-focused commissioning model because it can be used to:

However, PbR is a very new approach to commissioning and we don’t yet have an established evidence base to inform us how, or even if, it works.

The Audit Commission report in Spring 2012 argues strongly that, given this lack of best practice, it is too ambitious for any PbR scheme to try to achieve more than one of these objectives at any one time, at least during its initial phase.

Mixing it up doesn’t work

Developments over the last year have tended to support the Audit Commission recommendation.

The Work Programme set out to improve outcomes, stimulate innovation, drive down costs and transfer risk through a model of commissioning which will be entirely payable on a results basis from 2014.

The main consequence of trying to line up all these ducks in a row has been a failure on all counts.

In particular, the fact that the pricing was so tight meant that providers were, more or less, forced to focus on getting jobs for those who are easiest to place in order to maintain their cash flow (“Cherry Picking”, to use the PbR Jargon).

This meant that the majority of those for whom the Work Programme was designed – the long-term unemployed with multiple problems – received very little help indeed.

So, the focus on reducing costs resulted in poor outcomes and little or no innovation (it also resulted in the unintended consequences of several reputable voluntary sector organisations going out of business).

The government says that the Work Programme has saved money because £250m of outcome payments have not been made because of the poor performance.

The reality of course, is, as Jane Mansour argues cogently,  that the large numbers of long term unemployed who have not been helped will be on a range of benefits for much longer and therefore cost the country much more in the long run.

My principal concern about the new reducing re-offending contracts which the MoJ is about to start procuring is that the “Transforming Rehabilitation” project is trying to achieve too many objectives within a PbR commissioning framework.

In this case, the Justice Secretary appears to be using PbR to try to:

Trying to achieve all four of these ambitious objectives at once, within a timescale that seems hasty in the extreme, is a very high risk – strategy, to say the least.

It is a shame that the principal policy objective of reducing reoffending by means of a more coordinated system-wide approach will be jeopardised by these other aims.

Focusing on innovative ways of reducing reoffending via a carefully piloted approach does not, unfortunately, appear to fit with our political culture of trying to make radical changes within one term of government.

The next post will look at the Second Commandment of PbR:

“Thy outcomes shall be few”